Moving vs. Death of Spouse 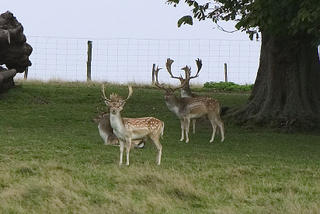 They say that the stress of moving is comparable to the death of a spouse. While I don't think that is consciously true, I think that most people are not amazed when they read stats on the subject.

The owner of our property is slightly neurotic, and I am already worried about her stalking us to check if we are looking after her place. Julian is being amazing. He has been riding around the countryside looking for Ponies for his Pony Pin-up project and has been talking to cutesy deers in paddocks. I trust him to show me the soft cuddly side of daily life in the midst of the madness. (It's not been that mad, but it's always nice to know that someone has time to stop and admire the deers.)
Posted by Teepee at 4:39 pm 1 comment:

The blob is a blob no longer 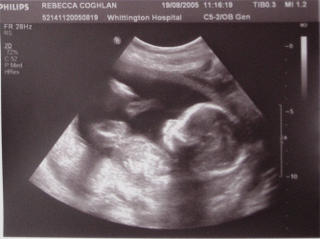 This is our latest scan.
As a friend of Julian's had told us it would, it finally looks like a real baby. Betty-Jean/Ossie is a little on the small side - it's not the end of the world, but I am having another scan this week to make sure it is all ok. The head was normal size, and it was tall for its age, but the belly was small - midwife said it may be due to just poor visibility on the scan. I personally know the little one has been growing. Its kicks are much more athletic (don't know where he/she gets that from!), and I am getting significantly bigger - three people have offered me their seat on the tube!

Work is getting easier for Julian (he's hit the 8 month mark and everyone we know says this is about the time things start "feeling" easier). But I am doing the job of 2 people so my boss can buy a house in Cornwall. We are moving house soon - we have found somewhere gorgeous in Queen's Park - nicknamed "nappy valley". Funny how that would have completely put me off an area 6 months ago! Now we are looking at parks, the quality of cafe's so I can meet other mums, availability of baby yoga. Good God.

Mum and Dad have gone to Singapore. It's not that long til I will see them again. They went to Paris for a week and started me and Julian fantasising again about living there. But as I know too well, holidays are NOT the same as living somewhere so I think it would be wise to get London sorted out before moving on - anywhere for that matter. We need to learn how to nest. I am not sure why. It might be that pregnancy thing. I think for people like my friend Nat, moving around is amazing - he really makes the most of not having roots. He earns good money, travels the world, is able to drop out of society when he likes. But this half arsed not-settling-but-not-adventuring thing is starting to wear thin I think on me and Julian. It's hard to break old habits though - having to decide on which teatowels to buy at Habitat brings us both out in a cold sweat. We'll have to ease into homemaking I think.
Posted by Teepee at 6:43 pm 1 comment: 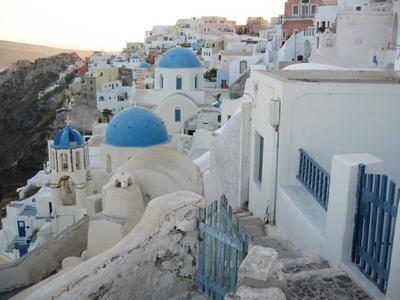 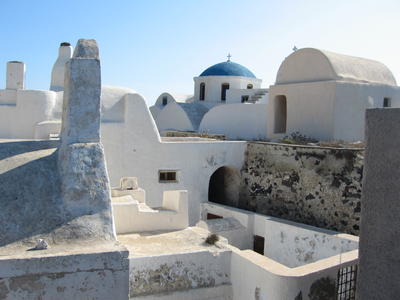 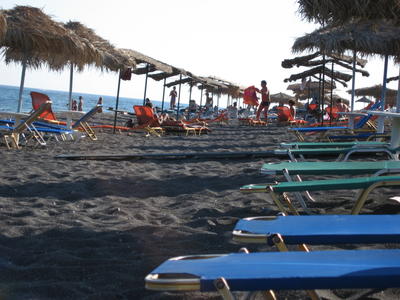 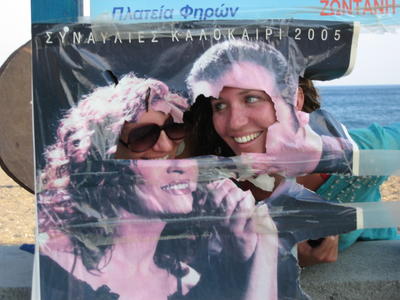 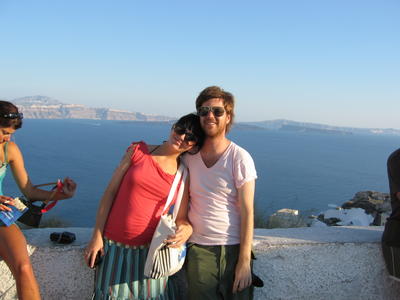 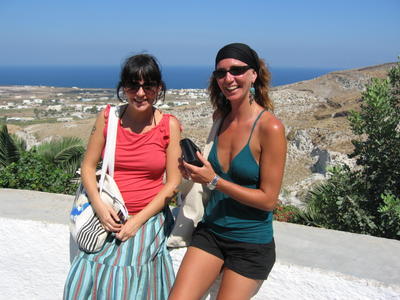 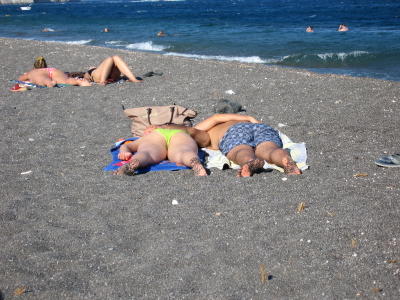 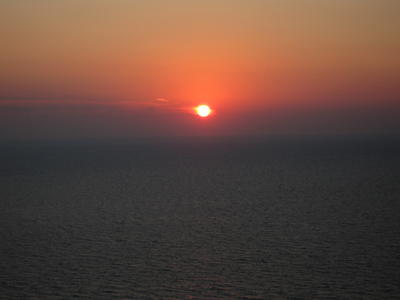 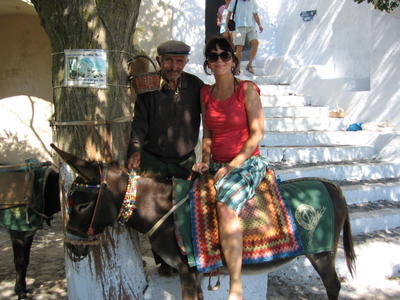 This is a bit of a long one as we have been incredibly busy (laying on the beach).

Santorini was gorgeous - I don't know if I would go again unless I stayed in Oia, which was picture postcard in every direction. Extremely hot, coastal breezes, Mythos on the beach (black volcanic sand). It's quite sad that Santorini doesn't produce anything any more except really suspect cooking wine and orange coloured Eurotrash. Having said that it was such a sublime experience having beers with Lucie Katrina and Leah at sunset in Oia, overlooking the Caldera.

It was so lovely to be able to meet up with such gorgeous girls in the Greek Islands. Reminds me why we are here.

Mum and Dad have been in England since half way through last month. I had been dreading the weather for them, but it has been perfect for at least half of their stay. They have been doing some amazing things that we have never thought to do - the British Museum, St Paul's, the comedy tour of Bath etc. They're off to Paris this week. I am so relieved that they are having such a nice time.

Work is going well for me and Julian - Julian is working lots and I am really just enjoying my pregnancy and not really thinking of much else! Baby brains are nice.
Posted by Teepee at 2:23 pm No comments: