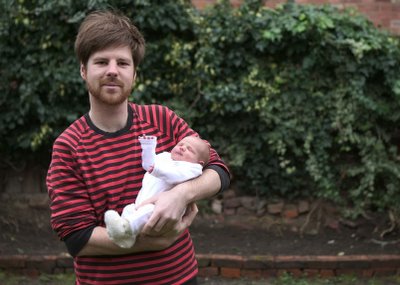 I realised we didn't have any pictures of "Daddy" so here's a lovely one. I say "Daddy" in inverted commas, because I don't think Julian believes he is old enough to be a dad - yes, still. The reality of the birth wasn't enough. He can't stay in denial too long though because he really is the best dad. I had a tea with one of the new mums from yoga class at the cafe in the park (the one where only mums go - God, I can't believe I go there now!) She actually had to ask her husband for more help at night. I felt very smug knowing that I would never have to ask Julian. He is back at work today - Betty Jean misses him terribly but she has been quite stoic about it all.

We went out for dinner the last night that Lucie (Auntie Lucie) and Dad (Poppy) were here. We went to Hugos which is kid friendly in the extreme. Not so you see little brats running around, just very accomodating. Betty cried but not inconsolably. It was stressful taking her out, but nice all the same. It's hard knowing that ultimately you're the only one responsible for this helpless little thing. We've also had outings to Sainsbury's, the Salusbury Food Store, and Queen's Park - but of course!

Betty Jean has put on 500g! After hospital, the NHS send around midwives and health visitors to your home. It's great because you're pretty much housebound. It's also more realistic for them to assess how you are coping in your own home. The Whittington itself terrified me, but after my experience, I would have to say that the NHS is a shining example of how "free" health care should work. I even got a card in the post from Margaret, my midwife at the birth.

It's all baby news from me now. I'd love to be a more rounded person, but I just don't have the time. Speaking of rounded, breastfeeding is the best. I have almost no tummy (it makes your tummy contract, and helps you burn lots of extra calories.) Also, stretch marks are a myth. I think they are genetic. If your mum got them, you'll get them. Also I think they are worse on really thin people as they have to stretch more.

I have some tips for having a new baby. I'll post them later and keep adding to them as time goes on. I really only have myself for advice so these tips are probably quite original. Mum has had to wait so long for her first grandchild that she forgot how to put a nappy on. Actually, no, she has been a wealth of subtle suggestions.
Posted by Teepee at 5:47 pm No comments: 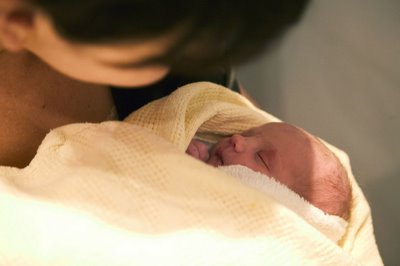 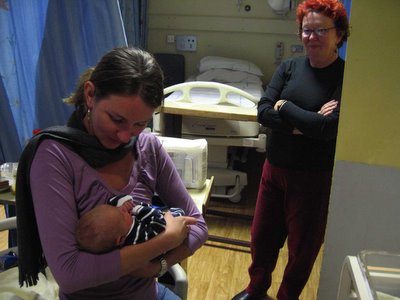 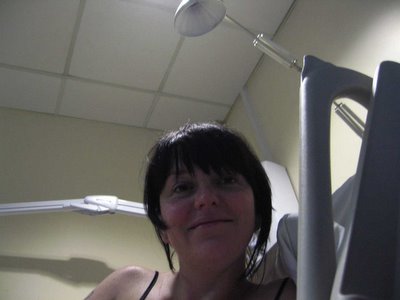 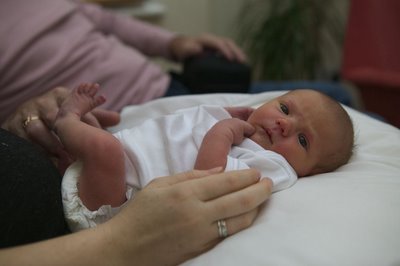 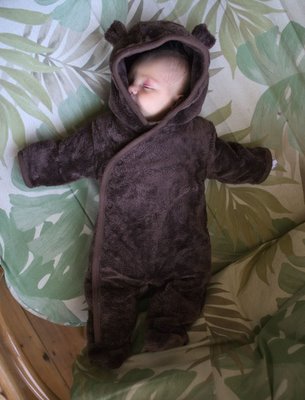 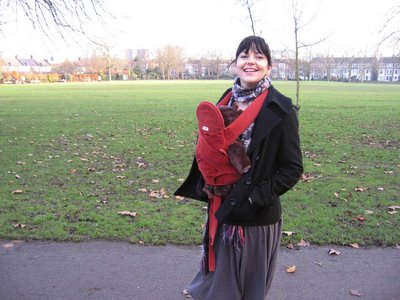 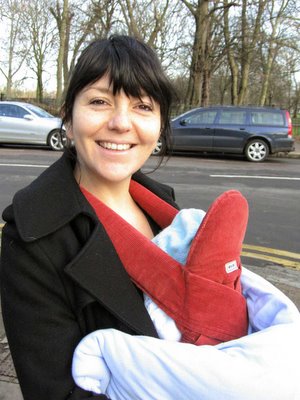 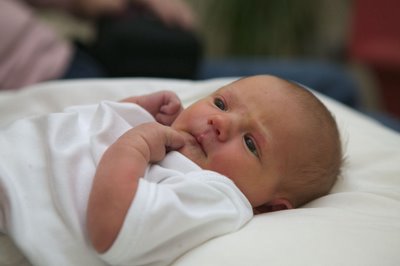 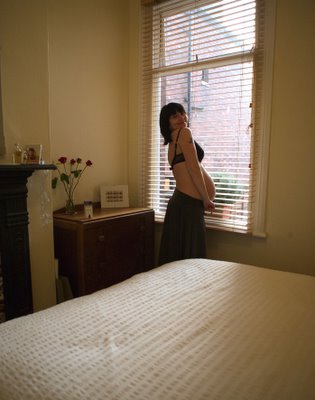 The day before Betty Jean arrived


I promised the girls at Webber that I wouldn't go into detail about the pain. So I'll just say that it was excruciating. Labour took about 20 hours, but it's amazing how once they put that baby into your arms, all is forgotten. It's like the pain never happened. Yoga and swimming and the horn playing were all great for preparation for labour. All of the women in my ward were cesareans except me (gas only). They were all so groggy and couldn't do a thing for themselves - including lift their own babies. I hate to show off, but I will have almost no recovery time and little Betty came into the world completely alert and fixated on me and Julian.

The midwives at St Mary's were amazing.

Betty's home now and the incredible amount of natural drugs going through my body is starting to disappear. I feel like crying just to think of her growing up! It's doesn't help that she is gorgeous and I don't want her to change one bit.

Julian and I are coping well. Betty Jean is eating and drinking well, thanks to Uncle Micah and Aunt Lea's blanket, she is now sleeping in her own bed occasionally. Julian is incredible with her. They had about 45 minutes to chat alone after she was born and I think Betty will always remember it. This weblog could get really boring from now on, as I go on and on in detail about every little snuffle she makes. Oh well, it is my weblog.
Posted by Teepee at 10:07 pm No comments: