Actually, that was a lie about having a crap start to the long weekend. I think I am just in the habit of bitching, so that's what I thought would be a good opener at the time. This week has been super hard - one of those weeks where my body is saying "take it easy" but my mind is saying "la la la".

The Rachel Stevens job was postponed the DAY BEFORE the shoot as she forgot she had to play at Top of the Pops. Car keys - check! Handbag - check! Top of the Pops - Nuts! I KNEW I forgot something!

Julian is pushing for packing it all in and moving to the farm one minute and backing off the next. I think when Summer comes though, our outlook might change a bit. There hasn't been much planning there, but I think maybe I should practive what I preach as an agent and set weekly achievable goals. Maybe this week I should create the template for our business plan. At least make some kind of skeleton plan or timeline or something. I wish this was big enough to get a mentor for!

Gerard O'Connor and Marc Wasiak are coming to London the day before my birthday. I am going to put some pressure on them to turn London into a magical place for me. They will just wave their David La Chappelle wand and it will become a big adventure. They are here shooting Danni Minogue for Pepsi. this is the job they were born fo. Ness is here now. Must go..
Posted by Teepee at 6:55 pm No comments:

We had a really really crap start to the long weekend..actually after I switched off my mobile, I knew I wouldn't hear any more from Geoffrey, and I went out for a long chat and a drink with Alissa. Found out later that poor Geoffrey struggled along waiting half an hour for a cab that was just outside Park Royal's door. Seems he didn't think to open the studio door and look outside. Poor lamb.

She's such a darling, I wish I had a picture of those cute little eyes..It's so important to have real friends. We talked about non-habitual psychotherapy, babies, and life back in Newcastle. Lovely evening at the Mac Bar.

Friday started the way it usually does when we travel - with Julian yelling at me for plucking my eyebrows while I should be packing, and me getting misty and stressed. Luckily I didn't get too worked up, bought some Nytol and some Rescue Remedy , which, by the way is amazing. Look at me, totally relaxed about my appearance - obviously - so relaxed I ate ham. 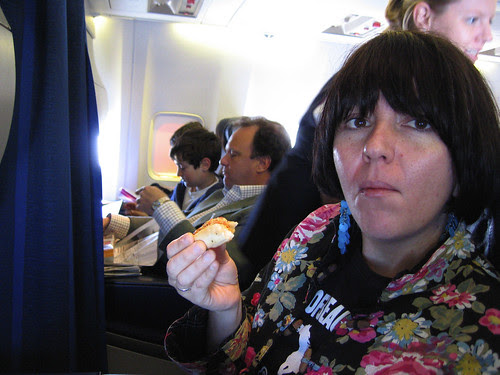 La Speza was a bit disappointing at first. The outskirts were really depressing, but hidden inside were amazing markets, tiny winding alleys, and thousands of chattering Italians. Well, they don't really chatter so much as, well, I don't know what the word for chattering is in Italian. But thankfully, Mrs Pigliacampo, if you're reading this you'd be proud, I remembered all of my high school Italian..This is a picture of Julian's favourite "segna". Neither of us know whatg it says. Maybe it says "Bad Ties." 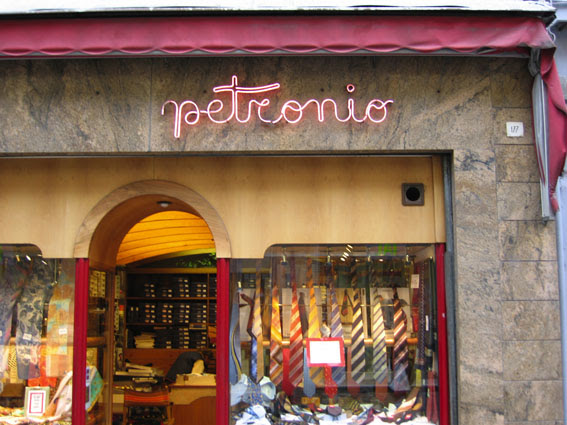 And here is a picture of the nice man who works in the store: 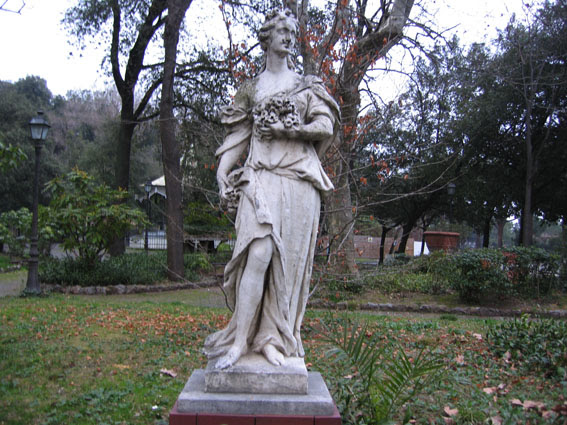 Here are some other pretty shots of the place, Like I said, it really grew on me - not too full of tourists. Julian as usual, enjoyed a spot of family-stalking. 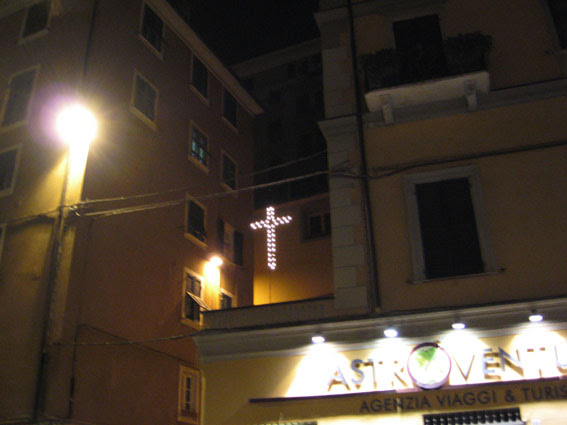 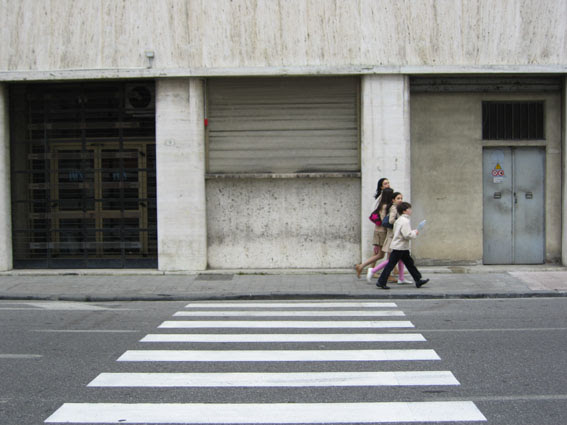 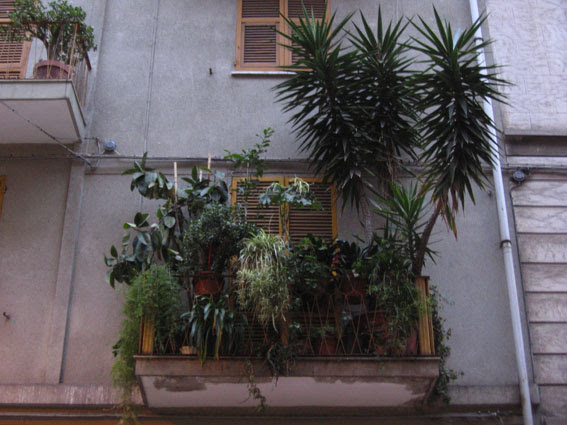 Next we drove to Florence. I can barely remember the drive, but I do remember arriving and getting stuck in throngs of people. If you've never seen a throng, go to an Italian city in Easter - thousands of people, and nothing open, just bodies wandering the streets. Happy bodies though.

Micah took extra care to make his list thorough and entertaining. It was on very cool Fallon letterhead..pity I didn't photograph it, but we decided to let the rain, olive oil and dog wee (or something like) do its work on it after spending 2 days in the Florentine rain looking for places that were

a. Catholic
b. No longer there
c. Too cool to actually let us in

We did however eat some of the best Gelato in Florence, but were searching for it so long that we didn't get to try any other Gelato for a comparison. The tubs pictured are feeling and looking vicariously sad. 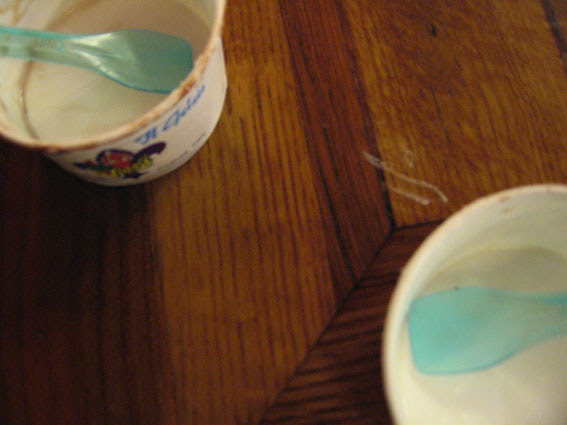 I didn't pack any clothes, so I considered mugging this woman for her fabulous top. Instead we took her picture and I bought a Firenze T-Shirt. I know it's difficult to believe that someone doesn't pack a thing, but all I can think about when I travel is flying. I even had to buy underpants in Italy - you don't want to know what they look like, except to say that if anyone knows Danie Sprague... 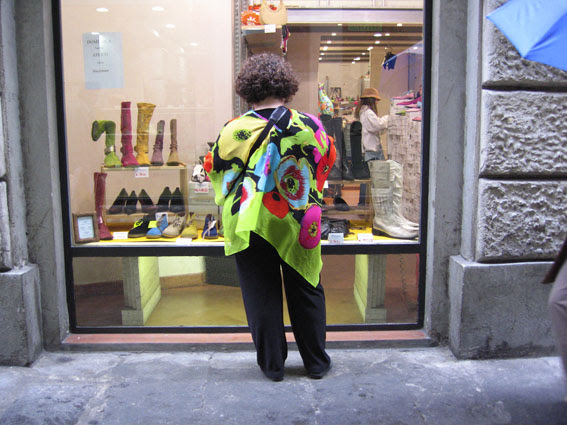 This is starting to sound really whiny, so I will leave you with some gorgeous photos and some arty stuff Julian did. I have come back to work today, which has been quite stressful and scheisse, but feel like I have been laying on a beach for 3 days..Now I remember why I moved here. 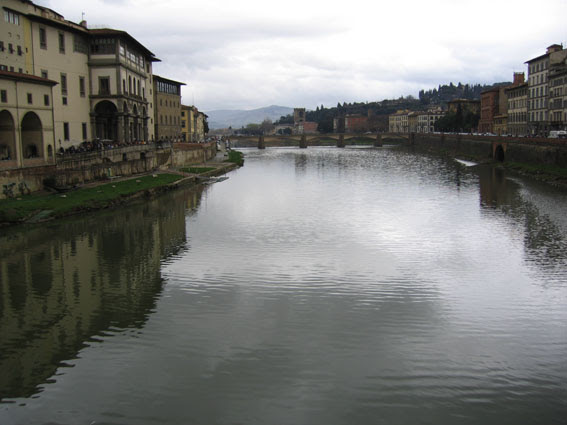 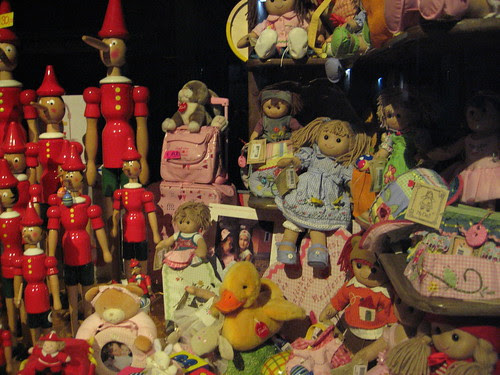 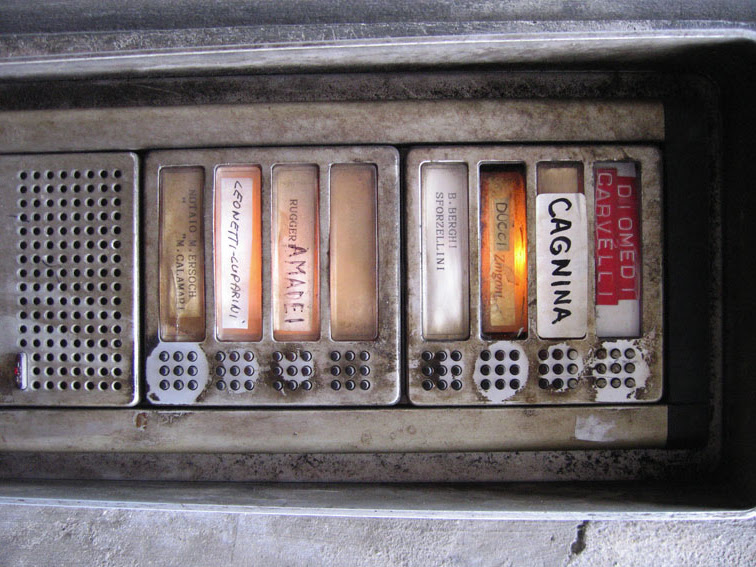 Wish this was my house.. 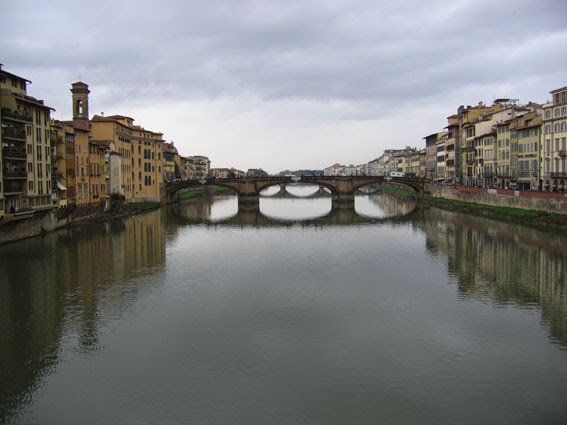 It really is that beautiful 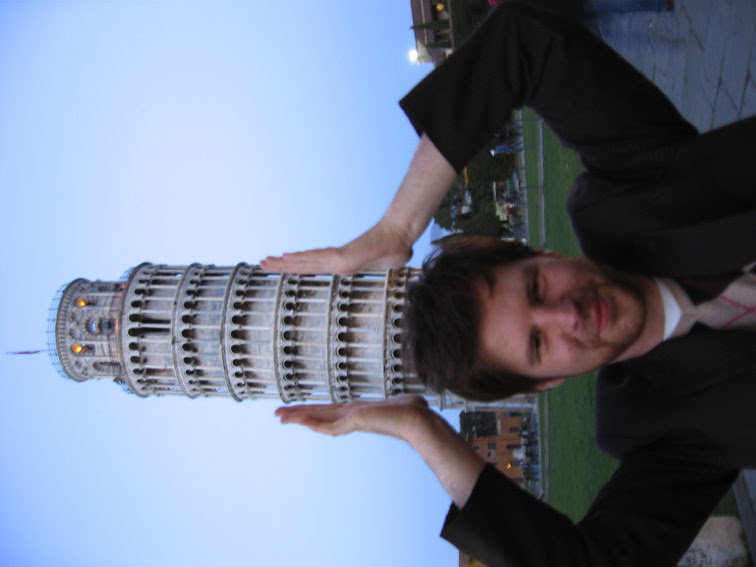 On the way home, Julian begged me to take this!

Julian gets arty.
More later I'm sure.
Posted by Teepee at 10:16 pm No comments:

Crackers at my desk

This is my lunch.

Have had the most unbelievably bad start to the morning. Had Tamara Cincik's assistant Geoffrey (helps to read his name aloud for affect - don't forget to camp it up and lay on a thick Queen of the Desert Aussie accent) called me wanting to know who was paying for their cab to the Park Royal Harper's BAZAAR shoot. They had only discovered that they were incapable of paying when they arrived at Park Royal penniless and as lost as kittens (mentally).

Unbelievable as it is, the entire crew could not scrape £21 between them. Geoffrey started calling me "honey" in the exact way you don't want to hear from an angry subordinate queen. It got extremely ugly - unfortunately a photographer was standing behind me waiting to see me while I was telling the crew how absurd it was that they could not put their "adult" hat on and sort out their own affairs.

If anyone cares to hear my words of wisdom, they are this: (and I have only really resolved this in my mind right now)

2. Enter into strict contracts with them, state all the things you think are obvious

Writing this down has really helped me. Thankfully, I am calm in the knowledge that I always get my own back.
We are off to Florence tomorrow - that's gotta be worth something right? Sadly, I haven't had one single thought about our glorious future except for a real pang of homesickness and a regret that I didn't spend more time smelling the sea air when I had the chance.
Posted by Teepee at 1:51 pm No comments:

First of all, I am wondering where all my precious thoughts are to be stored. What if I eventually want to transfer all my crap to a real website?

The reason for starting this blog is to keep my thoughts on track. I'd say keep "our" thoughts on track, but I really don't mind doing the tracking for both of us (the other one being Julian Wolkenstein if anyone's interested) Funny though, it's the minutiae I am thinking about more and more- certainly not the bigger picture. Got an email from Path to Freedom which was nice, but I have suspicion they are Christian hippies and living in a totally different planet to London ad and fashion land.
TB and JG have gone which is a huge load off my mind - they both terrify me. Too young, too gorgeous, too talented. And overall, way too underdemanding. I keep thinking they are being understated, but that they are always on the verge of exploding as a result of my incompetence. Why don't I get it out in the open and say that I am in constant fear of being exposed as a fraud.

Ok, I have already said too much. We are going for Japanese in SOHO - our favourite, tiny little toilets just like in Japan. I am really hungry and tired and can't think of anything I can do to make life more real - except for thinking about my Grandma Betty's Legacy Party. That makes me feel good.
Posted by Teepee at 7:34 pm No comments:

my first blog too

such an eventful day, glad to be starting at such an auspicious time. It rained , thats not so big deal in London, I had way too many coffees & printed out my folio. There was usage to be quoted on & invoicing to be done, which I did nt. Went to dinner at Japanese in Soho. Bet you carnt wait for the next instalment. Tomorrows plans are to use the newly bought clothes drying rack instead of wrecking clothes & the enviroment by using the dryer all the time. Also to cast my yawning project & if anyone knows anyone who has had their pet stuffed please let me know. J
Posted by Teepee at 10:21 pm No comments: 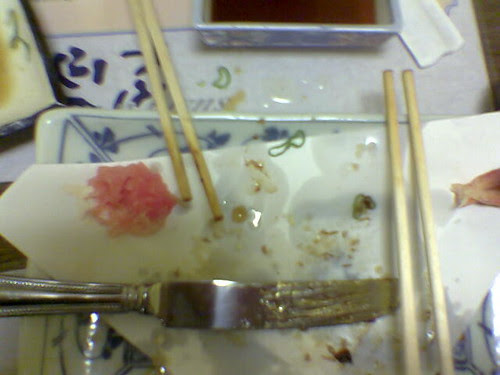 Posted by Teepee at 7:50 pm No comments:

We're not always going to have something fascinating to say about London, but it's important to document it all the same. The weather is not summery by any means, but we can wear a light jacket instead of layers. We're thinking we may go to Greece in late August as we hear the weather in early August is unbearably hot.

I spoke to Grant and Ange and Jenny on the phone the other day - by a strange co-incience they were all togther at midnight on a Wednesday night! It made me homesick for Melbourne. They sent through some hysterical photos of Meccanoid - Grant was sporting a real mow - inspired by Julian's - or so he says.

Mum and Dad are moving out of their house already and Dad is finally getting his Vespa licence. Once he discovers the joys, I think he'll be hitting Mum up for a Ducati! Grandma is well. She went to her friend Dulcie's surprise 80th and had a blast (This stuff isn't really about us, but it's nice to have a timeline of what's happening in the lives of those nearest to us).

As for me and Julian, Julian is playing mental tug of war between art and commerce. He is busier than most of the photographers at Webber. I guess you could think of him as Harvey Keitel in Pulp Fiction. He provides an essential and well-paid service - fixing all these bloody and nasty and vicious problems - he gets to drive around in a sports car, but his job at times is like cleaning brains out of the back of a cadillac.

And Webber is same old for me. Need more time for a social life. Had a nice picnic with Ben and Alissa at Hyde Park. I am buying a new horn this month. I can't believe I have saved up enough to buy something decent! I watched The Idiots the other nght and loved it. I really miss having Grant as my cultural alarm clock. I did much more artsy stuff when he was around.
Posted by Teepee at 6:14 pm No comments: